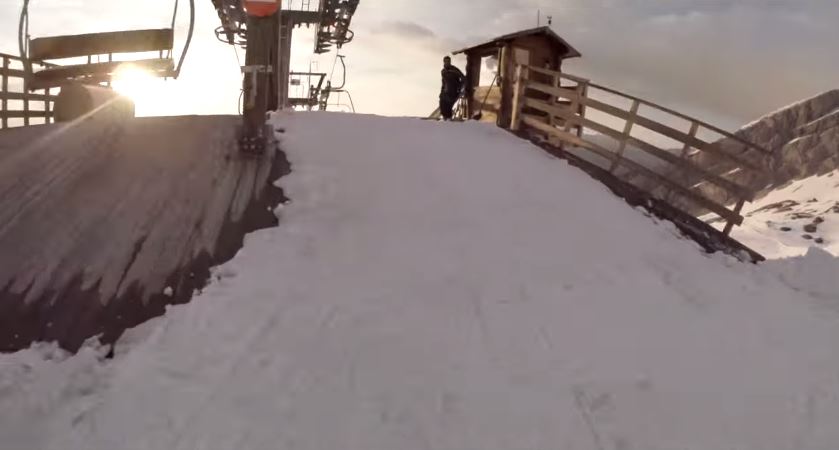 French freestyle skier Candide Thovex is back with another incredible ski video, this one a follow up on his original One of Those Days released a few years ago.

The latest is named ‘One of Those Days 2’ – and it’s epic and awesome.

The video starts off with a casual coffee, then proceeds to Thovex skiing incredible lines and getting massive air as he appears to cut into a ski race, drop cliffs, and even go past a ski lift’s offloading zone (and then there’s a kicker, which I won’t spoil here.

Watch the video after the break.

It looks like much of it was recorded on GoPro and over the course of several runs and sessions, judging by the changing sky conditions and snow conditions.

Is it real? That’s a tough call, especially the end where *spoiler alert* he slides in to a ski gondola just as the doors close. Surely, that must take some co-ordination with the lift operators. But then again, you don’t become such a great freestyle skier without making some friends.